Just taking some time cleaning up the main sprite sheet and made a new move for the player character. Now it can crawl though tight spaces. Falling flat on the ground may also be good for avoiding dangers, but you’re less agile while crawling. Another change is that while the player throws bombs in an arc while standing, ze is planned to roll them on the ground while ducking.

While i’m at it. Here’s a look at how sprites are organized when running. NES sprites are 8×8 pixels (unless the PPU – picture processing unit is in 8×16 mode, which is sometimes useful but not always). So mostly, you have to piece several sprites together to make a decently large and detailed character. For example, little mario is 2 by 2 sprites, side by side, and big mario is 2 by 4. But there’s no rule that states that sprites must be side by side. You’re entitled to free placement if your own code permits it.

The second point is sort of important because on the NES you have a sprite bandwidth of 8 sprites per scanline (that’s a horizontal line on the screen). If there are more than 8 sprites, the 9th and so on won’t show. Programmers quickly figured out that they could hack their way around the limitation by rotating the priority of sprites. That’s why you see flicker in a lot of NES games – which is still better than sprites being invisible.

Slimming the need for sprites on the same scanline means less flicker – and there will be flicker, because the player controls both a vehicle and a character, and then there’s projectiles, other actors, and so on. A side by side/mario style animation would in this case be a constant 2×3=6 sprites at any one cel, but instead in oscillating between using 5 and 3.

Tilespace-wise, it’s not very effective – the running alone is using 30 tiles if i remember correctly, though some of it can be reused for other actions. You can have 256 sprite tiles loaded in at the same time and that space has to be shared by enemies, items, HUD components and so on. Given that we’re using one quite agile player character and two vehicles ze can ride, that takes up some space. Luckily we can swap strips of it between rooms and areas so we can load in different enemies and items according to need, since the cartridge is using CHR RAM instead of ROM.

Sprite boundaries shown in slomo. Individual movement of tiles lowers the need for unique ones and also sometimes helps keep the sprite count down occasionally.

The animation is slightly dated. Nathan, the programmer, found that the engine would be more effective if all objects were anchored from the bottom left corner, and this animation has it’s origin at the center-bottom. That’s a quick fix for me, though.

Stuff is really getting really into place! Most assets have been done by now – my graphics and donnys’ music. There’s a fair bit of level design, wrapping-up and programming tidbits left to do but we’re getting closer to feeling really confident about launching this game as a kickstarter campaign with the promise of a very short delivery cycle. Basically, we wanted the game to be fully playable (& enjoyable) before launching it so backers could feel confident, and so that you can have the physical cartridge in your hands quickly after backing. Also we don’t feel like sitting on a pile of other peoples’ money without having a product that’s already solid and shippable. But the campaign is supposed to go live in the first quarter of 2019! Hoping to announce a more set date soon. Anyway, here’s a few game content WIP shapshots i’ve been meaning to show off.

Here is some work being done to the later levels in the game. You there’s no traps,  enemies or other objects on these screenshots, but they’ll be there for you for sure. 🙂 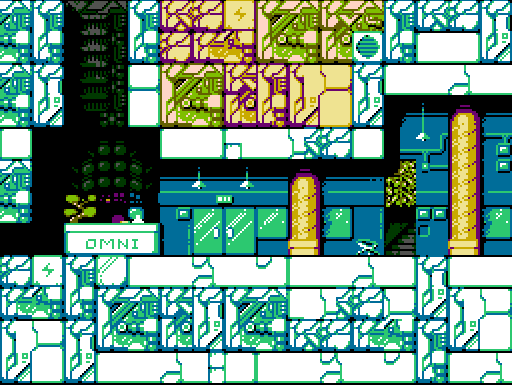 Ride the streams in the underground sewer system… guck! 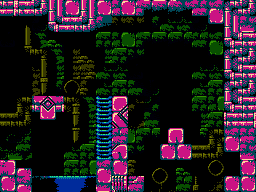 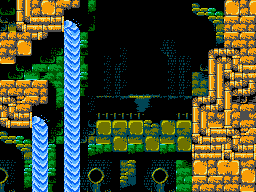 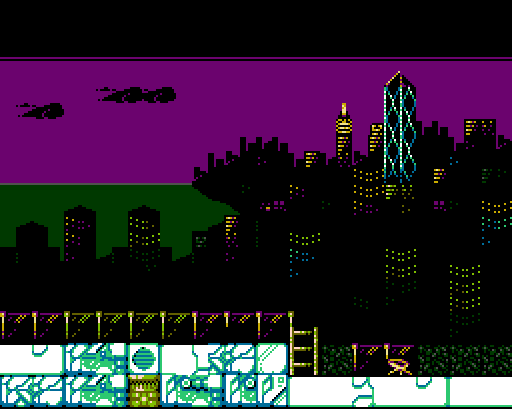 Catch your breath and get a look at the city centre from the HQ rooftop. 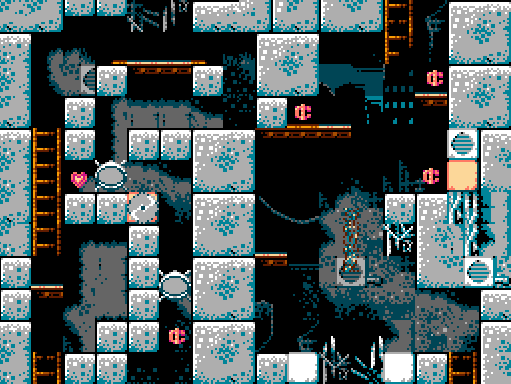 A labyrinthine section of the slummy ruins of neo hong kong.

Some few animation guides for various objects in the game:

Saving the biggest part for last. Textile artist Per Fhager did this amazing cushion stitch in wool, 36 x 31cm, depicting a scene from level 1 as presented in an interim build of the game between the nesdev compo entry and where we are now. The meticulous stitching is just breathtaking to me. Fhager is mostly known from doing large-format scenes of some of his personally memorable moments from games of  the 80:s and 90:s. Some of them are done as-presented ingame, while others have been stripped from foreground layers and sprites to show off the nice but often hidden qualities of some of these games’ background art. Be sure to check out some of his works here. 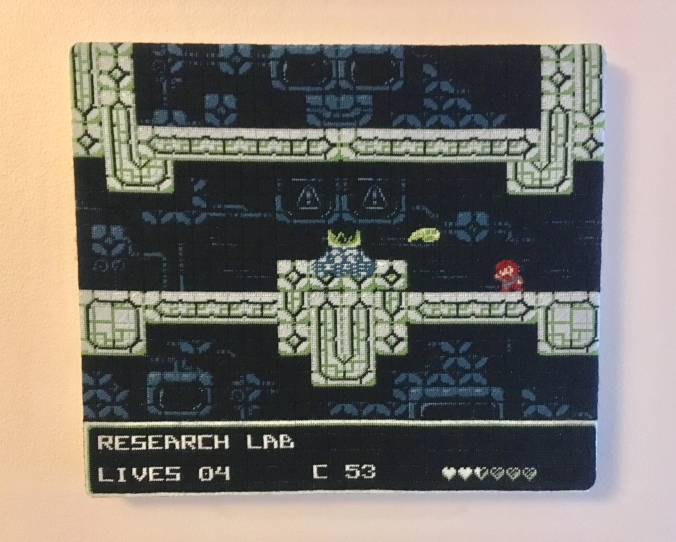